We had a delicious sesame noodle salad at a party last week. Does anyone know where I can get a recipe for it?

I think they said it had cilantro in it and a few other ingredients I don't remember. It was so good! 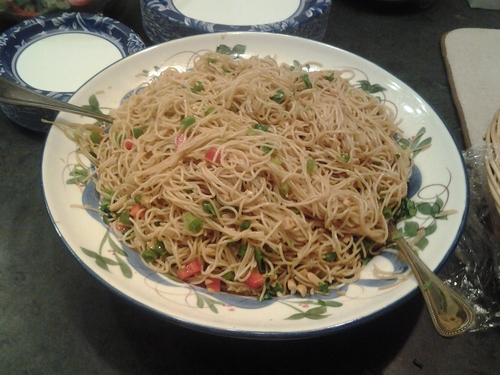 I've used this noodle salad recipe a few times.  It's simple and tastes amazing.  I also like to do a salad that is kind of along the same lines.  Use alfredo noodles or lugini noodles, chicken, snap peas, with a lemon zest.  You can use a light olive oil salt and pepper or Italian dressing.

over 7 years ago
0 Comments